Prom season is here, so that means its time for social media to be an overload of flashy promposals and over the top fashions.

We all know that prom is the highlight of most people’s high school career. But then there’s people like me who doesn’t understand why some kids do the absolute most for a few hours that won’t even be talked about a year from now.

I feel like each year, prom season gets more and more over the top. It’s turned into a social media popularity contest instead of just a night to have fun and make memories with your friends. So let’s talk about some of the stuff I’ve seen on social media this season that has prompted a side eye or two.

For the most part, the promposals are pretty normal. This year was the first year that I saw over the top things. This first one takes the cake.

Makeup and Loubs. A junior from Houston promposed with Louboutins and makeup from Sephora, and Twitter went crazy. Some even crowned it as the number one promposal of all time. 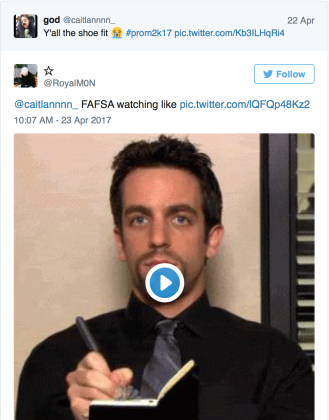 Dance Routines. One kid decided to prompose with a dance number to Bruno Mars’ That’s What I Like. Check out the video and his tweet below.

Tacos and hot cheetos. This kid’s promposal went viral for a more positive reason. He didn’t go all out or spend and outrageous amount of money. He instead promposed using the number one way to a girls heart, food. 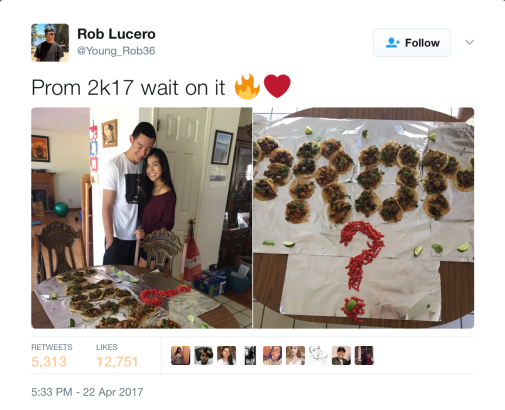 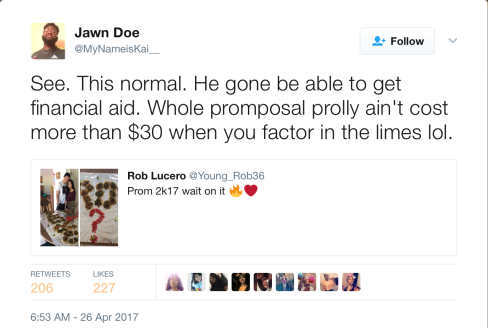 While the promposals are usually pretty tame, it never fails that once prom night hits the over the top glitz and glamor floods my timelines.

Money talks. This post has probably gone the most viral this season. I’m trying to figure out why we need to know the price of everything he’s wearing that was probably bought with his parents money anyway. Why are you flexing your parents’ wealth son? Be humble. 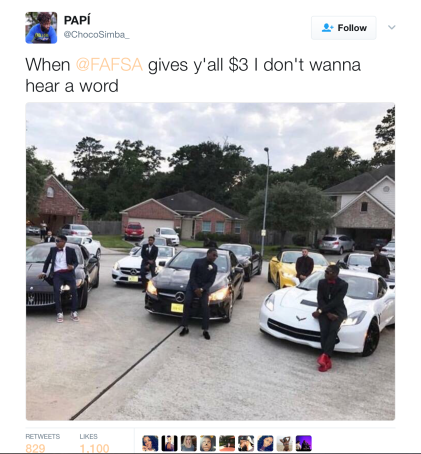 The Foreigns. I couldn’t find the original Tweet, but once again, flashing foreigns that were probably rented or belong to their parents.

The ambulance. This is an oldie but goodie from last prom season. This young lady arrived to prom in a whole ambulance and came back to life after a kiss from her date, Sleeping Beauty style. It doesn’t get much more extra than this!

Black Lives Matter. This young lady decided to send a message on prom night by honoring many black lives that have been taken. What do we think about this #BLM dress idea? Many people on social media supported her idea, while others were more critical. 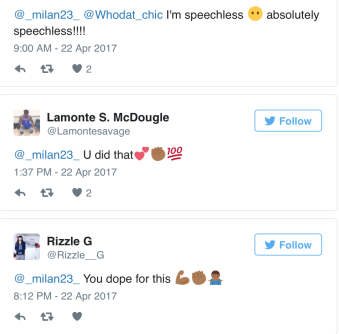 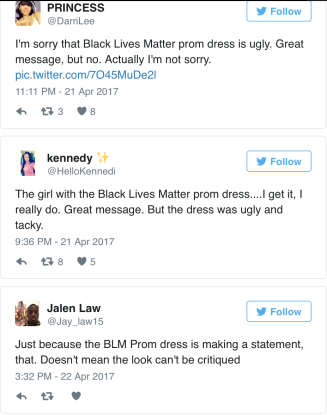 So, what’s my point in writing this article? My point is to show yet again how social media is controlling our everyday lives. It is understood that prom is a special night, it’s the last big event of the school year, and for seniors, it is the last big event that is spent with high school friends. I feel like in recent years, prom has become a popularity contest, not within individual schools, but on social media. Who can go viral, or who can get the most retweets is the new mentality when it comes to prom. It’s all about impressing and getting the approval from strangers.